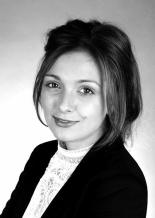 Kathrin Keller holds a bachelor’s degree in political and social studies from the Julius-Maximilians University in Würzburg and is studying now journalism and public relations within the framework of a distance learning program of the Freie Journalistenschule Berlin.

In 2013/2014 Kathrin Keller did an exchange programme in Bologna (Italy); since then she focussed her studies on the causes of migration and flight in an International and European context. During her stay in Brussels in 2016 she worked as an intern for the Vice President of the European Parliament and could intensify and improve her knowledge in the European decision-making and policy-making processes.

In addition, Kathrin Keller has professional work experiences in the field of public health because of her two-year traineeship programmes in a business consultancy in Berlin and in a global medical device company in Brussels.